Included in this section is a full size layout to allow you to make all of the .125" thick aluminum parts in the aircraft. All parts are numbered, and these numbers should be written on the pieces as soon as they have been made to avoid loosing track of them.
ES3 are the engine mount plates. As you can see, there are three pairs of two. The four holes on the first layout are .189" diameter. The first one should be used to drill the holes in the next two, and then these three should be labled left, right, and center, and then used to drill in the remaining one of each pair. Don't allow the pairs to become intermingled. The hole in the center of ES3 is 1.25" in diameter. It may be cut with a hole saw or fly cutter. As before, cut this hole in pairs.
The holes in the eyes of CS11 (2) and CS17 (2) are 5/16" diameter. The rest of the holes in these pieces are to help the bonding and need be only the approximate diameter shown.
The hole shown in C1 is 5/16" diameter, and a CSM4 bushing is pressed into the hole after it is drilled. The hole in C2 is 1/2" diameter.
The squares are used for nutplate mounting.
CSM4 bushings should also be pressed into the "eyes" of the two CS17's and the two CS11's. 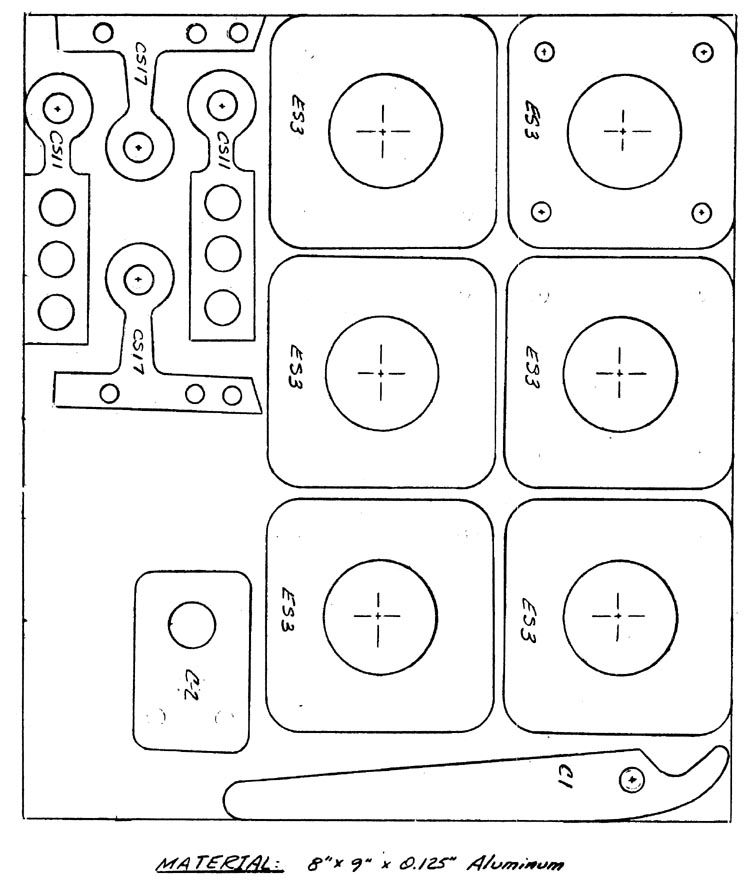