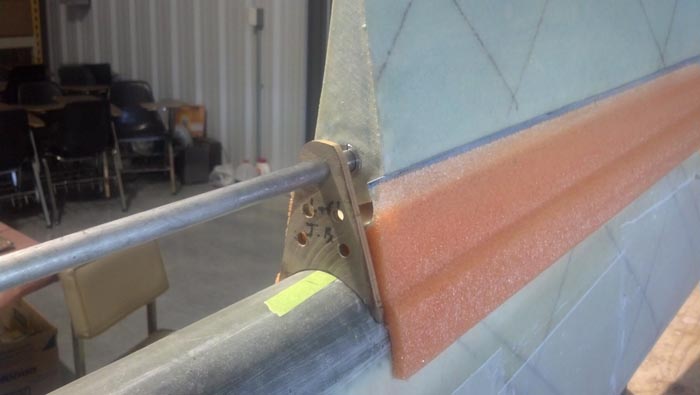 Sam Hoskins is currently rebuilding the canard on his Q-200. Everything seemed to be going fairly well until he mounted the canard vertically on his table, in preparation for mounting the elevators and associated hardware. 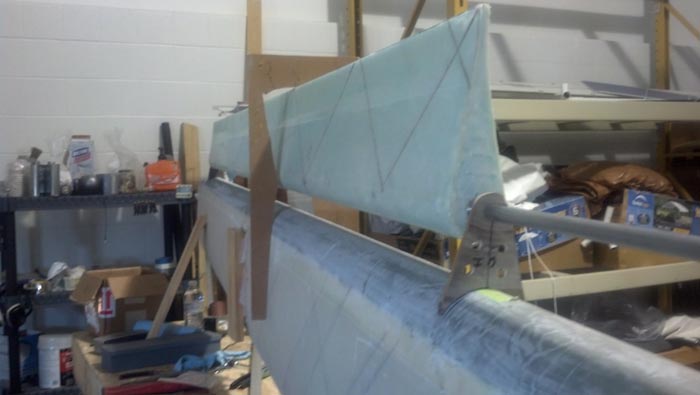 Because of the round spar there was no precise way to align the elevators and ensure they were trailing properly and creating the intended NASA/LANGLEY LS(1)-0421 MOD Airfoil. The picture below illustrates the problem. The red line represents a plot of the LS1 airfoil.

Sam gave a call to Terry Crouch who built a beautiful single Seat Quickie with the LS1 canard. Terry assured Sam that the plans came with a template for that. The only problem was, Sam couldn’t find the template for the Q-200. So he e-mailed me to see if I had a copy.

The Q1 guys have the following template to guide them. But Quickie Aircraft Corporation never created a similar template for the Q-200. 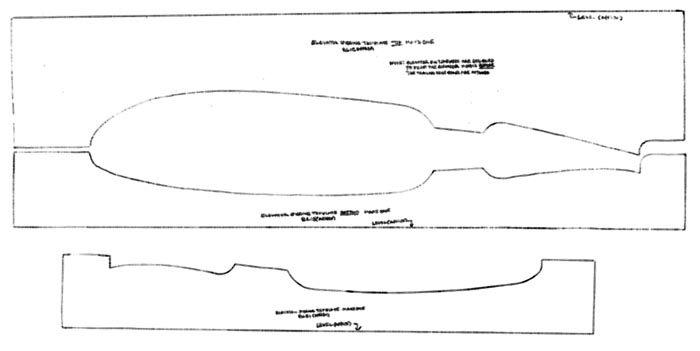 Our first thought was that I could simply scale up the Q1 template to the size of the Q-200 canard and we’d be all set. But the following picture shows what happened when I attempted this. 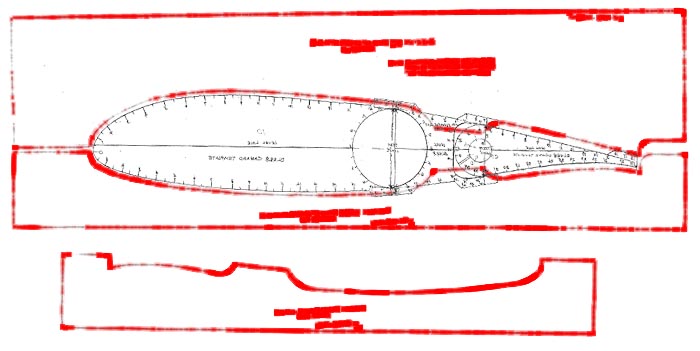 The spar wasn’t even in the same location. I remember reading somewhere that during the development of the LS1 canard for the Q1, QAC decided to move the axle back for better ground handling. They apparently moved the spar back as well to ensure that it was directly over the axle.

So scaling the template up wasn’t an option. I had to redraw it from scratch, using the plot of the LS1 airfoil as a guide. The finished product looked something like this: 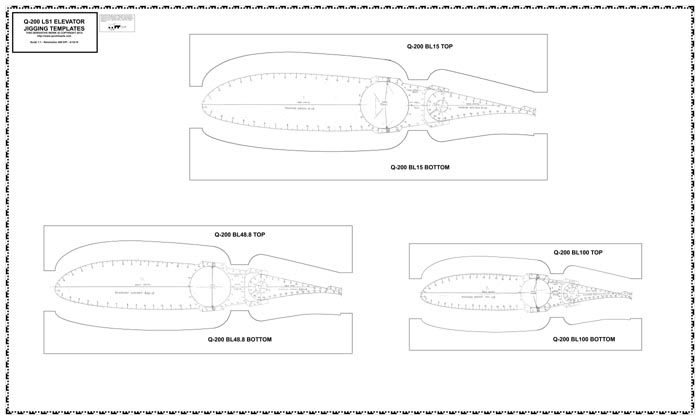 After going through all of that, Sam said that the finished product didn’t quite work out as planned. The BL48.8 template “almost” fit, but the other two were no good. In hindsight, I forgot to take into consideration the thickness of the glass that had been applied to the foam core. 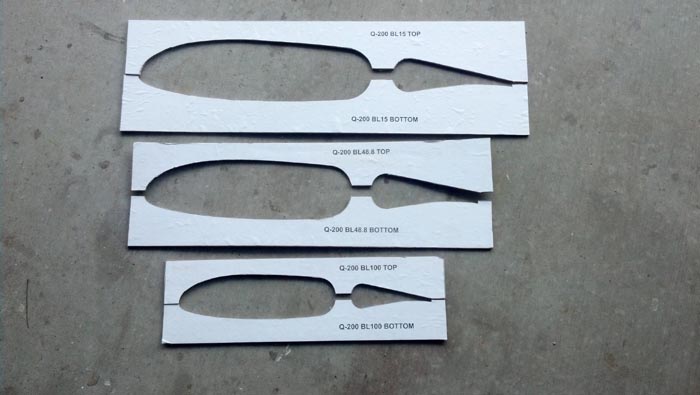 Sam ended up having to “eyeball engineer” the alignment. The LS1 plot served as a guide to his efforts, but the moral of the story is that there currently isn’t a good way to ensure precision when building the LS1 canard. It makes me wonder if this is why some builders have reported a tendency of their birds to roll either one way or the other. Being out of alignment even “just a little bit” on one side, would act like a downward deployed aileron on one side of your canard. 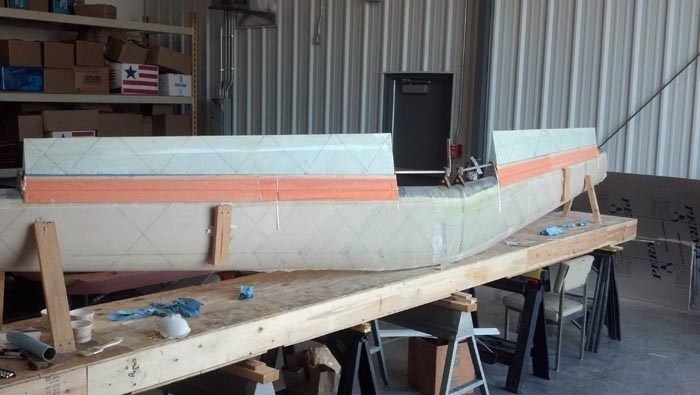 We need a better template, or perhaps a rectangular spar design would help. Food for thought.