IT'S ALWAYS THE NEW GUYS 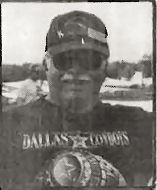 Here I go again. Recently I got one of "those" letters from a fellow new to the Q-2 experience. At the finish of his letter he gushes that this is THE plane for him.

But before he gets there, he mentions that he has talked to some Q-2 pilots and read a couple of our newsletters and has some questions. There follows 7 or 8 paragraphs each one proposing a major modification to the plane and seeking my opinion or information of the efficacy of the mod. He seems highly informed on the SERIOUS uncontrollability problem with the Q-2 and wants to do such things as put the gear inboard and under the firewall, add a dorsal fin, increase the size of the rudder and/or vertical stab, etc., etc.

Now this fellow writes that he reached his conclusions based on conversations with "some" '93 Oshkosh pilots. Great, I'm very interested in a debate with any of you pilots who believe that a plans built Q-2 is so seriously deficient that it requires major changes in the airframe. This has been my opinion: The most major change needed is one that goes on between the ears of the builder/pilot. This plane is NOT a Cessna 150/2 derivative nor a 172 nor a Piper Warrior, etc. It was not engineered by a factory team and built by skilled, experienced production tradesmen with company fixtures and jigs. I know that in the feverish pursuit of the $$$$$$ QAC made it sound like just anybody could even start his pilot flight training in this airplane, but you're a fool if you believe it. HOWEVER, it is clear that the airplane with all the factory tweaks in its final form (reflexor, belly board, VG's or LS-1 canard) and a few small tweaks we builders found ... it is clear that the airplane will fly just fine in the hands of the alert pilot who has trained himself to understand and gain control of the characteristics unique to this design. That understanding starts here, with the aggregate knowledge of a hundred pilots put in print. It continues on the flight lines of a hundred airshows. If you want to take a small sip from this pool of knowledge then consider yourself a PhD Aero Engineer, then don't bother me with long speculations and theories about how you'll make it better. We're trying to get in the air here with a good airplane.

There were a certain number of bogus opinions/advices that belched out of the head office at Quickie Aircraft Company, but one particular gem was worth its weight in platinum, and I've never forgotten it:

BUILD THE AIRPLANE PER PLANS AND FLY IT PER PLANS BEFORE YOU SET ABOUT MAKING ANY CHANGES.

There are two good outcomes. First, you may find the contemplated mod was too extensive for the airframe or even altogether unnecessary. Secondly, until you fly the plane as designed, you won't have any idea whether or not your mod makes any improvement at all in performance or whether the performance gain is worth the effort and $$$. And for the umpteenth time ANY mod you make will cost you extra time (often 3 4 or more times as much as your wildest dreams), and more often than not you better have a fat wallet because it won't be as cheap as you thought.

Having said all that, all you new guys can now forget it and go do as you please, reinventing the wheel. Please write to say we told you so, so that I can irritate future newcomers arriving with a sack full of even more new, bold ideas. 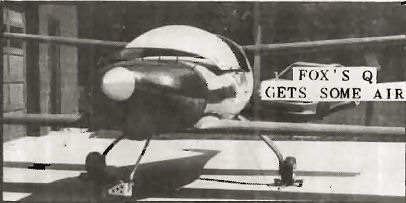 You can order a PDF or printed copy of Q-talk #44 by using the Q-talk Back Issue Order Page.