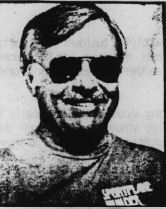 Reading embarrassed but candid reports of accidents that you have experienced with your aircraft has been of immense safety benefit to those who will never remember to say "thanks". Generally, I avoid being openly critical of these experiences for fear of discouraging others from sharing their goofs, however, two human errors have been occurring with such foolish frequency and are giving sport aviation such a bad name that I think it's time to stop saying "it'll be alright, honey" and call a spade a spade, a fool a fool. For running out of fuel, I can't help; for inadvertent first flight, I have some suggestions.

CRASHED; FUEL EXHAUSTION. The stupidity of this kind of report makes me hoppin' mad. I have heard it unaccountably often lately and in the most recent occurrence, a professional pilot snagged a show-quality Long-EZ on a power line during the forced landing in an open field. The pilot broke both legs and may lose one altogether (a nice way to finish a flying career), and both he and his wife are in serious condition. Look at what it cost this guy to save 30 to 60 minutes for a fuel stop. Do me a favor and think about this a minute right now. What is so damn important in your life that you absolutely CANNOT spend the 30 to 60 minutes diverting for more fuel? Would you give up a leg for it; your life, your airplane; would you have your trusting wife, lacerated just like you, in the next hospital bed??

This is a classic case of cranial-rectal inversion.

I know that some of you wives read QUICKTALK right along with your builder husbands. Even if you know or care little about piloting a plane you can serve as an excellent "low fuel warning device" by looking your spouse straight in the eye prior to hopping in the plane and having him assure you that there is more than enough fuel for the trip. This problem is as serious as cancer only it works much faster. Furthermore, men more than women are historically more willing to take risks seemingly just for the hell of taking a risk.

CRASHED: TAXI TEST, DID NOT INTEND TO FLY. Somebody make my day and debate this silly explanation with me. This is a mistake made by a careless pilot who is ignorant of or has no regard for basic aerodynamics or who is too immature emotionally to control his excitement in the face of a potentially dangerous event.

An airplane can NOT fly unless it has sufficient airflow over the wings to create proper lift. Airflow will NOT be sufficient unless enough engine RPM is set to give adequate forward speed. If you were neither taught this nor learned it by yourself, it's high time you should know.

While testing a nervous builder's Quickie (he was next to fly), I demonstrated that I could fly halfway down a 9,000' runway periodically kissing the runway with the wheels but with not enough power to climb away or fully land. This is what precise power control can do.

1. DON'T apply full power at the start and hope that you will cut it off before the plane flies. You won't be fast enough. Solution: don't give it enough power to fly in the first place.

2. Start fast taxi tests at a low RPM, say, 1200-1500 RPM, the lower the better. Increase RPM's by 200 rev (or 5 mph) increments in subsequent runs down the runway as you become comfortable with the previous speed. At some point the airspeed indicator will become active (probably about 40 mph).

3. Expect your airplane to want to fly somewhere around the handbook listed stall speed, so...DON'T LET IT GET THAT FAST; control your RPM's. As your high speed runs begin to approach stall speed, your plane will start feeling light, perhaps the tailwheel will start banging on and off the runway. You'll recognize the feel. THE NEXT HIGHER INCREMENT OF POWER WILL PUT YOU INTO THE AIR. You better be ready or go home for the day.

4. Don't screw around seeing how close you can get to lift off speed without lifting off. If you are comfortable with directional control as the plane just feels light, it's time to make like an eagle and fly - full power.

5. DO make note of your liftoff airspeed. If it starts flying at 55 mph, follows that it won't stop flying on the landing until it gets at that speed.

NOTE: IF YOUR AIRCRAFT FAST TAXIS 10-15 MPH ABOVE BOOK STALL SPEED WITH STICK BACK AND STILL DOES NOT FEEL LIGHT YOU WILL HAVE ONE HELL OF A PROBLEM ON THE LANDING IF YOU FLY IT. DON'T EVEN TRY TO FLY IT. FIND AND FIX THE LIFT PROBLEM. It could be our old friend "angle of incidence".

Remember, liftoff speed, stall speed and touchdown speeds, under normal operations, should be within a few miles per hour of each other.

6. One more time: Don't apply full power at the start of your first fast taxi and expect to be quick enough to shut it down before the plane flies. Ease in it s-l-o-w-l-y.

When I learned to fly a single place glider and, later, the Piper Pawnee tow plane, it was just not possible to have an instructor demonstrate a proper landing attitude. All is not lost! In the glider, someone jacked up the tail to landing position while I sat inside making a firm mental impression of the look of the landscape and horizon out in front of me. It worked! Jack your Quickie/Q-2 up into flight level and take a long look before your first flight.

In the Pawnee, I sat at the end of the runway while warming up, making similar attitude notations for my brain so I'd have the proper attitude for a 3 point touchdown.

It's not as though you will find boredom setting in on your fast taxi tests, but while you are doing everything else, make a firm mental impression of the landscape and horizon on your runway rolls. This will help on your first landing. (Also, don't let your feet fall asleep on the rudder pedals or you'll be looking at tall weeds real fast).

On my Quickie landings, I get down to 5' over the runway, pull off any power I have remaining, pull the stick to get my landing attitude sight picture and then apply a smooth stick back pressure to maintain the sight picture as airspeed bleeds off and I ease down to the runway. I usually can hit just slightly tail first with full back stick. On the rollout, I have tried full forward stick to kill canard lift, but I couldn't tell if it really made a difference so I generally just neutralize the stick.

CAUTION: Do not get overly concerned to hit the numbers on your first landing, but use all the runway you need. DO aim for the first quarter of the runway and DO remember AIRSPEED CONTROL. Our planes are slick and they will float a long way sometimes. Get your speed slowed on downwind; adjust your power and KEEP IT UNDER CONTROL or you'll end up as an LMI and LMJ on our survey. Get an instructor to work you over on airspeed control if you don't have recent experience.

I have made some god-awful landings in everything from a King Air at night to my Quickie when I focused my eyeballs just in front of the aircraft instead of looking for the shrubbery at the far end of the runway out ahead of me. Keep your eyes looking far down the runway during the landing flare. Don't break your concentration trying to look under the canard to see how high you are and then lose the centerline. And keep the rudder pedals working!!!!

You guys and gals are real brats! You know, I spent $250 and a bunch of time making QUICKTALK #27 50% fatter than usual and nobody's even written to say they noticed. I'm going to try a skinny issue next time and see if I get the same treatment.

QBA at Oshkosh. Our annual forum will be held at 8 pm in forum tent #2 on the evening of Saturday, August 2, 1986. At about 9 pm, like last year, we will break up into Quickie and Q-2 groups for more specialized discussion.

A number of computer equipped (or typewriter fluent) QBAers have sent in tips/letters in my margin format and this has been a great help in saving me time. Readers will notice, however, a difference in the typestyles. For those of you not handwriting, if you can type within a 4 7/8" margin space with a normal type size I can do my reduction and use your work without re-typing (otherwise you may not see it for awhile). A reminder to you hand writers: I worked in hospitals etc. for 18 years and if I can read MD chicken scratch, I can read yours. Don't use that as an excuse not to write, and don't apologize for your penmanship. JUST WRITE.

Even having supplied a postcard to respond to the QBA survey of flying aircraft has not induced many of you to respond. Your response is disappointing. OK, I get the message and won't do it anymore, because I'm not going to hold your hand or get down and beg. Besides, it's too much extra work and cost already. Love your support, guys.

The rumor mill is percolating and bubbling once again that QAC has lost the appeal on their lawsuit with Al Mullan and is folding up its tent. The Appeals Court clerk verified that arguments were heard May 13, and additional exhibits were filed June 4 & 5. A final judgment takes about a month but I'm betting the lawyer's already sense the outcome. QAC's phone has not been answered of late and I hear that Sheehan has changed his home phone number and that identifying signs are off the hangar at Mojave. If true, these are ominous signals.

You can order a PDF or printed copy of QuickTalk #28 by using the Q-talk Back Issue Order Page.