For a looooooooong time now I have heard emissions from the northern California guys who were so high on their roost that I thought they were all breathing helium. I had bizniss up in Chico after which I motored down to the Livermore to see whassup.

The L guys ain't bin lying. The place is a hotbed of homebuilt activity and much of it I saw was only in one row of hangars. Jim/Bob were not delighted that the 7 planes attending were all locals and that NO Dragonflys came in. That's not good. But besides the line of Q's, there are many RV's, Glassairs, etc. in the row with builders only too happy to show you around. And lots of it is worth seeing. This is one nice FAMILY of builders/pilots. Naturally we had a pile of planes and cars clogging up the row, but everyone was cordial and considerate about shuffling cars and planes so other guys could get in and out of their hangars. Nobody got their noses bent and all plane and car movement was done with utmost respect for the care of the planes. 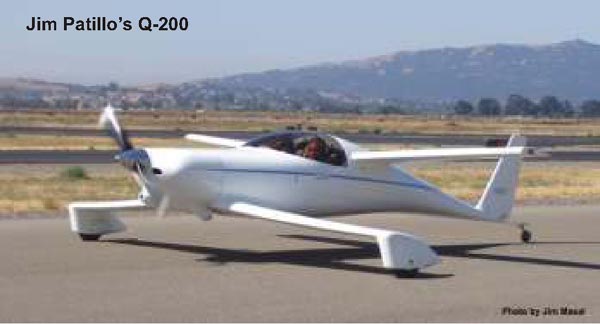 Jim and Bob were generous with rides, usually launching as a flight of two so that passengers could see what was happening in their cockpit while looking out to see what they might be looking like from the outside... and JP was happily doing demonstration rolls.

Thayer had his Jabiru engined bird with cowls off. He's going to have an interesting look as the nose may be up to 10 inches longer than other Jabs I've seen. He's going to cover it with a cowl from E. Martin. I carefully examined the cowl and I can tell you Martin is doing a nice piece for the price. Cowls can be a costly bitch to do from scratch, so if you can use a Martin cowl to cover your engine installation, even if you have to do some cutting and fitting, I think you would be very far ahead with one of these. 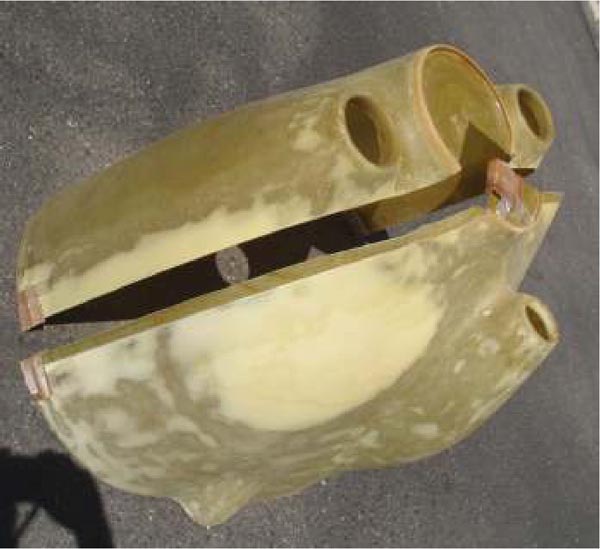 Now this old gray head of mine has a ton of Q-lore filed away in it, stuff that the newbies have no idea about, but I was tickled plum to death by guys who related what I call "The Rest of the Story" (a la Paul Harvey) about airplanes that have moved around the country, sold, re-sold, lost, damaged, re-appeared etc. Man it was interesting what these guys at this fly-in could relate. Hangar flying at its pinnacle.

For example I got an earful about the demise of one of my favorite Q-200's, Bob Malechek's. And then I remembered an article by Molt Taylor who soundly criticized foam/ glass construction as unsurvivable in an accident. Sheeeeeeeesh. And somewhere in all this we commenced eating. Patillo masterfully deep fried a turkey while Sam had a secret marinade that makes his BBQ chicken saliva-smackin' good. And there were plenny of trimmings, and beer too, to keep the stories and joking flowing.

Put this on your calendar for next year because the amiable atmosphere and the free flow of ideas, mistakes, opinions and positive enthusiasm is worth any special effort you make to get there. I bet it jump starts some projects.

You can order a printed copy of Q-talk #119 by using the Q-talk Back Issue Order Page.