I've said it before, but I'll say it again, there is nothing like hanging out at the airport with seven hundred and seventy thousand of your best friends. Yeah, they had a record 2,960 show planes at Oshkosh, WI this year and yeah, they had over 11,000 planes in the area during the week and yeah, they had over 45,000 camping units on the field and every vendor from Aircraft Spruce to Zodiac, but it really does come down to the people. There were many creative, intelligent folks at Oshkosh who were just as crazy about aviation as you and me.

We shared a table with a young gentleman in his early 30's, who, we later learned, was an active officer and F15 Eagle instructor in the Air Force. He was disappointed that he could not fly the aircraft into Oshkosh. Apparently, the F15 has a tail hook that can be deployed in the event of brake failure. Since Wittman Field does not have arresting wires, his commander did not want to endanger the pilots, equipment or the crowds. The pilot had an opportunity to attend the EAA Aviation Academy about 15 years ago due to the generous sponsorship of an Indianapolis EAA chapter. He now gives back to the EAA by talking with the public at Oshkosh, to Young Eagles and returning to the Aviation Academy. He was just one of the many interesting people we met.

On our first day, as we entered the airport grounds, we walked toward the center tarmac area where many large aircraft could be reviewed. Looming tall above the crowd was the bulbous contortions of the Airbus cargo plane nicknamed Beluga. As we approached the plane, we were overwhelmed by the volume of space absorbed by the swollen upper surface of the fuselage. Talk about frontal area! Later in the week they opened the forward loading hatch and revealed the inner structure to all. There were constant lines of people anxious to tour the plane and I'm sure it was well worth the wait. 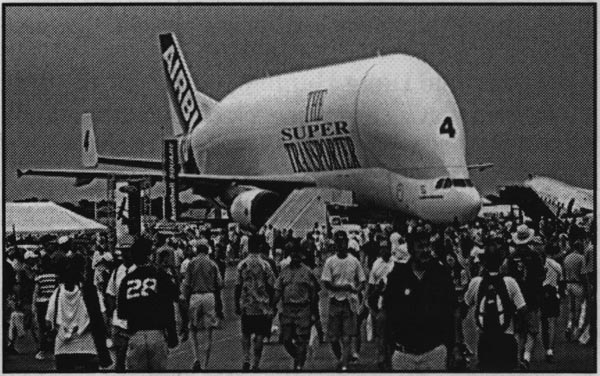 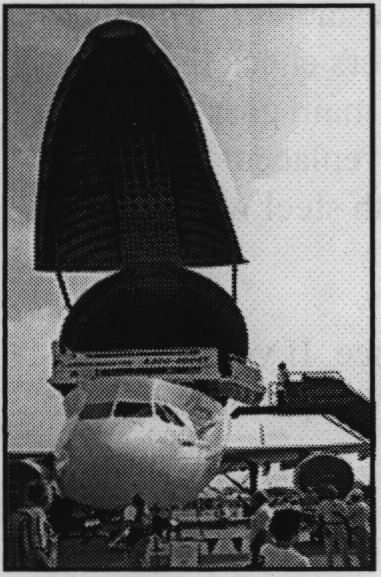 With only a few months left before the 100th anniversary of powered flight, "Wright Mania" was everywhere. Many people were challenged by the touchy controls of the Microsoft full-scale Wright simulators. Marion Blakey, the new FAA administrator, presented the airworthiness certificate to the replica of the Wright Flyer that will be launched in Kitty Hawk, December 2003, but no aerobatics wilj be permitted.

Burt Rutan captivated the crowds with descriptions of his uniquely designed space vehicles, SpaceShipOne and White Knight. These vehicles are privately funded. It's hard to imagine anyone else, other than Burt, who has had as much creative impact on aviation since the days of Jack Northrop and Kelly Springfield.

Our own Sam Hoskins, in his recently souped-up Q200 "Plastic Explosive", fared well this year in the race from Kitty Hawk to Oshkosh, held just prior to the opening day of Oskhosh. You'll recall Sam took second place last year in a field of three participants in the Sprint class. This year the class grew to twelve entrants with Sam capturing fourth place. In reviewing the race, Sam felt he really had a good shot at second or third place, but trying several altitudes during the first leg to overcome stiff headwinds hampered his progress. He finally discovered that 12,500 feet was the ultimate altitude but he had lost valuable time in the search. Sam's suspicions were confirmed when he later learned that his second leg time was actually better than the time of the second and third place finishers. Sam worked incredibly hard to prepare for the race and really deserves a hearty congratulation from all of us. Well done, Sam! 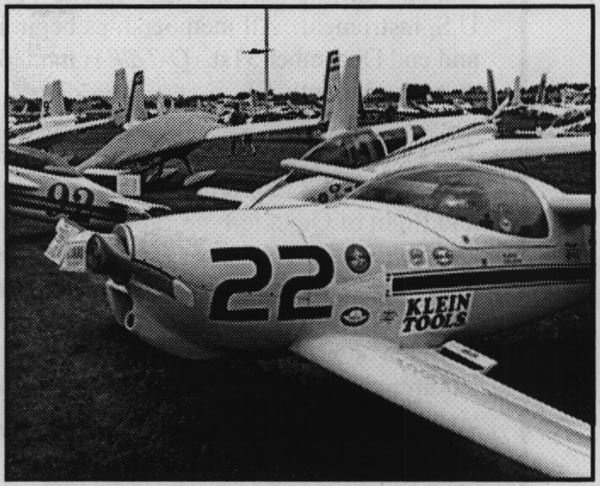 Paul Fisher's Q200 was parked proudly amongst an honored collection of other 1000+ hour amateur built aircraft. While some of his neighbors may have shown their age, Paul's plane was as clean and sleek as ever. A well deserved congratulations to you, Paul. Lookin' good!

Dave Dugas and his wife flew their beautiful Q2 all the way from Massachusetts to be judged. Dave had the honor of participating in the Parade of Planes early in the week. A handful of planes were showcased while flying around the airport. The announcer highlighted each plane's design and history. Storms caused Dave to leave Oshkosh a little early. He was caught by a stalled front between Toledo and Cleveland, OH. He had toland and store his plane. He rented a car to complete the trip back home but returned a few days later to pick up his plane when the weather was more favorable. Soon after Oshkosh, we learned that Dave received a workmanship award for his Q2. That is quite an accomplishment, especially since there were a record number of show planes this year. We're all proud of you, Dave!

Bob Last also flew his Q but he left before we had an opportunity to see his plane.

We had a chance to meet and have dinner with the boys from Livermore, CA, Bob Farnam and Jim Patillo, and their new protege, Brad Olson. Brad purchased Tom Moore's Q200. Since Bob and Jim helped Brad make some changes to the plane, they were as proud as new fathers. Brad applied the Jim-Bob 6-pack of mods and it completely changed the ground handling characteristics of the plane. This is one of the first opportunities we have had to be able to measure the before and after mod impact on a flying airplane. They plan to talk about the transformation in great detail at the Sullivan Fly-In. They will also reveal the very successful flight testing protocol used at Livermore. We look forward to those discussions and insights.

We ran into Doug Humble on his way out of Oshkosh and learned that he has a new crank being built by SCAT for his Type IV VW engine. He feels much more confident about the new design and hopes to be back in the air soon. He promised an article describing his ordeal once he has it up and running again.

Jim Masai led the Quickie forum at the improved location this year. Always one to stir up a lively discussion, Jim held everyone's attention. We later enjoyed dinner with Jim, his cousin and Terry Crouch at a nearby restaurant. During the forum, Jim Doyle suggested Tri-Q drivers check their two main attach bolts and the tubes on their main gear often as his tubes had actually twisted and required replacement. He substituted the original aluminum tubes with steel with good results.

Oshkosh is always an amazing experience. If you love airplanes and enjoy being around airplane people, it is a "must do" someday. You will be impressed.

WANTED: Canopy for Q-l. Also, I need an Onan engine in good condition. Please contact Nathan Peck, Marthas-ville, Missouri. Call collect: (636) 433-3633 or email This email address is being protected from spambots. You need JavaScript enabled to view it.

FOR SALE: Various Q items. Jon Finley http://www.finleyweb.net/default.asp?id=144 This email address is being protected from spambots. You need JavaScript enabled to view it. (4)

You can order a printed copy of Q-talk #100 by using the Q-talk Back Issue Order Page.