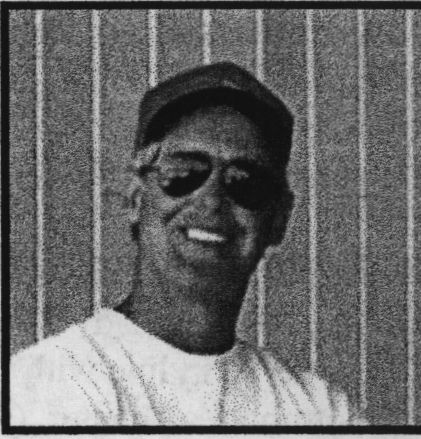 Growing up on a large family farm in Marshall, IL, most of Keith's time after school and summers revolved around agriculture. He did find some time to ride and work on motorcycles, though. He later souped-up a Ford Grabber until he was able to chirp the tires in all three gears and then some. After college, Keith and his brother became the fourth generation of their family to farm the hundreds of acres as a full time profession.

The family business has grown to where they prepare up to 45,000 to 50,000 hogs per year from nursery (3 weeks old) to market. By an Indiana waste management standard, Keith's farm has the largest number of animal "units" in the state for a privately held site. The state's Pork Producers Association uses their farm for many of its studies because it is so large. His farm also produces many grain crops like corn and soybeans. With a slight smirk, Keith describes his occupation as being an Agriculture Productionist. He said the image people have of farming is not even close to the technical and computerized way crops are grown today. Each of their fields has been GPS surveyed along with soil samples. This information locates fertilizer sites, otherwise they would just be throwing the chemicals away. Every 3 years, Keith has to retrain and retest for both private restricted-use pesticide spraying and waste management. He said that people would also be surprised at the technology found in their tractors today. They even use radar to detect the speed of the tractor so the on-board computer can vary the rate of chemical distribution.

Keith earned his private pilots license in 1979. It didn't take long for him to realize that he was not flying enough and was only taking friends for low, slow flights over their fields. He had to make a decision. He could 1) Give up flying 2) Keep renting 3) Buy an old Cessna to fly or 4) Look for an alternative. Keith met someone at the Terre Haute airport who was involved in the EAA chapter located there and Keith joined the chapter. He requested info packs on the Mini Imp and the Quickie. In 1980, Keith attended Oshkosh where he met both Tom Jewett and Gene Sheehan. He liked Tom, but found Gene abrasive and "someone who could talk you out of anything." Keith really liked the fact that the Quickie came in a complete kit including engine for only $3,000. If it didn't work out, he wouldn't have much money invested. Keith's EAA chapter friend, Ed Harris, had built several Variezes and quickly became Keith's mentor, teaching him how to work with composites. As Keith was building his Quickie, he decided he wanted his plane to look like it was just popped out a mold. Keith started his project at home, but the last 4 of the 8 and Vi years were done at the airport.

Once completed, Keith spent time taxing the plane, getting used to the feel. He recalled one evening, while on the alternate runway at Terre Haute, he was taxing upwind and downwind on the mile and a half runway. After several runs, Keith was taxing into the wind a little faster than he had before and reached the transition area where the alternate runway intersected with the primary runway. All of a sudden, Keith realized that he was airborne and climbing slowly. He successfully landed the plane and then had his first "real" flight the next day. Soon after, he began to realize that the per-plans firewall forward installation was a recipe for self-destruction. The engine started to run really rough. The valve stems had warped and needed to be replaced. He continued to find heat related problems, producing black oil after only 5 hours, leaky gaskets and rings, CHT's and oil temps at the max all the time. Things turned around for Keith when a pilot with an aeronautical engineering degree showed him how he could redirect the air to cool the oil better. After reading the OEM Onan manuals, Keith realized that the QAC plans were not cooling the hot flywheel side of the engine mounted next to the firewall. Now Keith is seeing oil temps between 190 and 220 and the oil stays a nice caramel color.

When Keith flies his Quickie to general fly-ins, he likes to stand away from the airplane so people don't associate him with it. This allows him to hear their "real" comments. He heard one lady say, "You would have to be absolutely crazy to fly this thing." Keith stepped up and said, "Yes 'mam. I believe you are right." "Is that yours?" she asked and started backpedaling after he said that it was. At another fly-in, two guys approached Keith with all kinds of questions. They asked if he would mind waiting about a half hour before he left because some of their fiends would really like to see the plane fly. Keith waited the requested time, taxied out, took off and did a fly-by. When Keith got back to his home airport, a friend asked him if he looked at the crowd when he departed. Keith said that he had not and the friend told him that the entire crowd stopped and watched as he put-putted down the taxiway and took off.

Keith describes his wife, Vicki, as "a five foot two, blonde, firecracker!" Keith has known Vicki all his life and never expected they would get together, but they have been married now for 16 years.

Keith enjoys being part of the QBA for the camaraderie. He finds the group much friendlier than the Cessna 170 or Aeronca clubs he also belongs to. He said that we have two distinct planes in the QBA that could divide us, but thankfully, it doesn't. Q200 guys are just as interested in his Q1 as he is in their planes. Keith has 295 hours on his Quickie now and anyone who sees his plane can appreciate his skill and fine craftsmanship.

You can order a printed copy of Q-talk #93 by using the Q-talk Back Issue Order Page.