I began construction of my Q2-2xx airframe in 1993. At the time, I lived really close to a local airport, but still opted to build the fuselage so that it would be trailerable. I moved from near Dayton, Ohio to Euclid, Ohio (a suburb of Cleveland) in 2001, and I needed to move the airframe to Euclid, about 200+ miles away. Thus the need for a trailer.

Having looked around at various options, I could not find anything I could tow with my 4-cylinder Ford Ranger and also, safely move the airframe. I decided to build something of my own design. 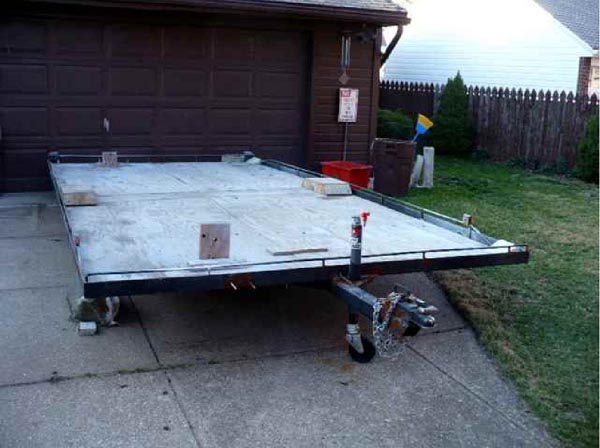 I found that trailers were limited in width, but not length. So I would need something 200+ inches long and a maximum of 8.5 foot wide. The axle is located at about 102" (exactly half way). It may have been better to locate it maybe 5" further back to bias the weight toward the hitch, but I have had no problems with it.

I have used the trailer to safely haul the airframe from Dayton, Ohio to Cleveland, Ohio; from Dayton to Carbondale, Il. and back (Sam Hoskin's Fly-in); Cleveland to Barberton, Oh. (Corvaircraft Fly-in) and back (about 75 miles one way) and from my house to KLNN (about 16 miles). 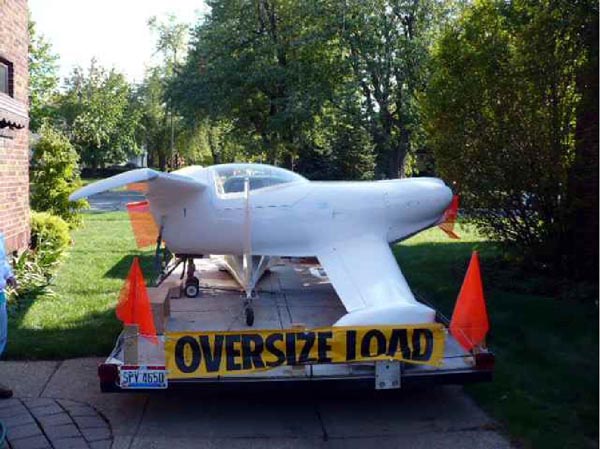 With the engine mounted on the airframe, I had to get an oversize permit from the state of Ohio DOT for the trips to Barberton and to KLNN. It was also necessary to purchase flags and banners due to the extra width of the engine on the airframe.

I registered the trailer with the State of Ohio DMV. It was necessary to weigh the trailer on a commercial scale for a certified weight (it was about 700+ pounds). I was asked if it was a commercial trailer (no). So, I got my trailer vehicle registration, renewable annually.

Tying down the airframe to the trailer was an ongoing process. Since the airframe was positioned on the trailer with the canard/main wing parallel to the road, the wind would impact the fuselage. As the trailer moved, road bumps would tend to bounce the airframe and it would travel toward the rear of the trailer. It was stopped by the rear of the trailer truss bar, but damage did occur to the outside of the main wheel pant. The solution that worked was to capture the main wheel axles with a 1" threaded rod. The rod went through the hollow axle and had collars which grabbed the axle with 1" nuts on each side. The rod was captured by %" plywood supports bolted to the deck and trailer frame. The airframe was supported at the split line by a cushioned pedestal and tie-down straps. The tail cone was positioned under the fuselage parallel to the roadway, cushioned at the split line and held in place by tie-down straps. 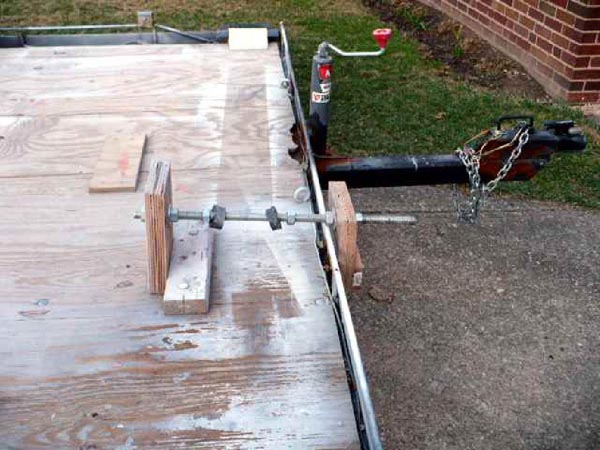 If you have questions, contact me at 216383-1059 or This email address is being protected from spambots. You need JavaScript enabled to view it.. Some additional photos are at my web site, www.corvairq.info/Trailer.html. 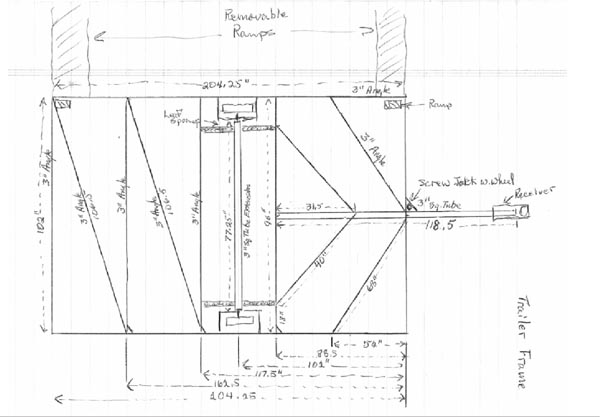 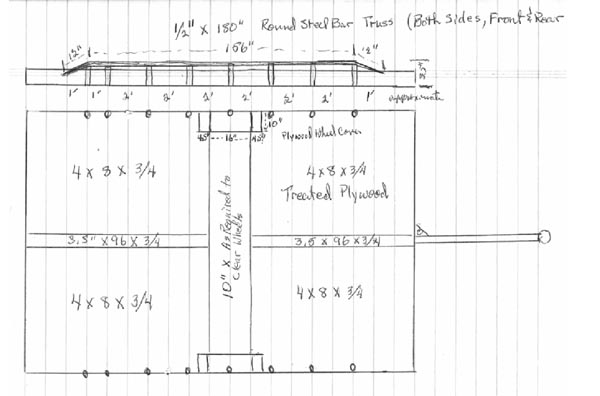 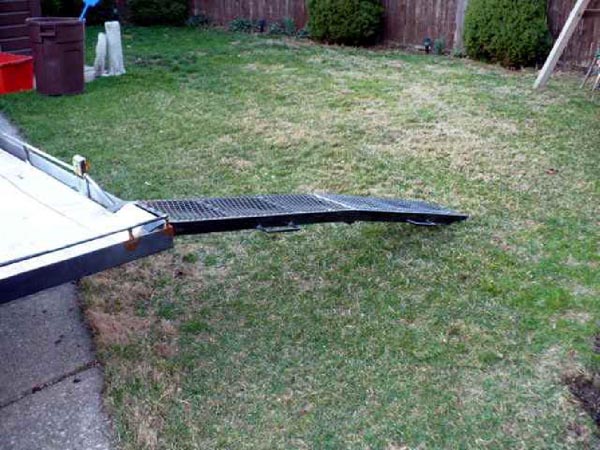 You can order a printed copy of Q-talk #134 by using the Q-talk Back Issue Order Page.