I bought my Q2 "ready to fly" at an auction from EAA 96 (Compton, CA) for $6000 in April 2004. It did not come with a prop or spinner, but it did appear to be set up for IFR. Also, there were a couple of good comments on the builder's workmanship in some old newsletters. However, my post purchase inspection revealed that the Nav/ Comm radio and transponder didn't work. Engine baffles wouldn't fit around the turbo system and after further review, I discovered the vacuum pump couldn't be installed. 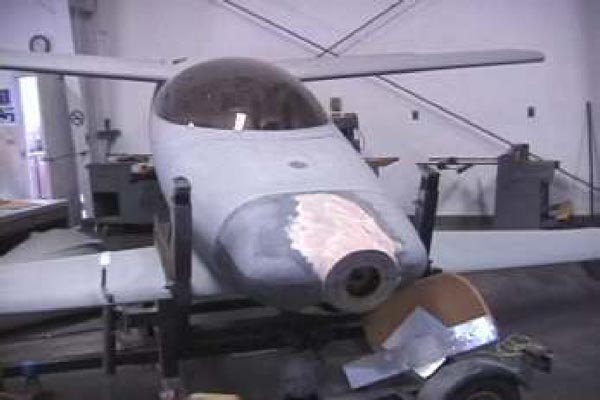 Then I found out the hard way the brakes were set up wrong. Here's how. The header tank bleed created a vacuum in the tank at 60 MPH which caused me to abort a first flight attempt when the engine quit. On this aborted flight, the single brake handle, combined with unequal braking led me to depart the runway to the right, I ran over a wheel (truck) rut in the grass, spun to the left, put my nose over in the weeds, and I felt I was going over on my back. The tail then slammed back down. This event caused a broken left canard, spinner, prop, cracked tail cone and a severely bent tail spring!

The previous owner may have had a similar experience as I also found a large amount of Bondo on the cowling. It appears to be covering an undisclosed nose to ground contact which may explain the missing prop and spinner. 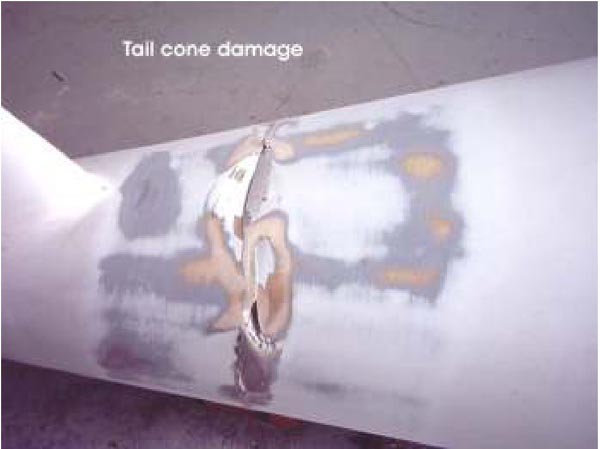 On another occasion, I discovered the fuel line came through the firewall within 1 inch of the exhaust crossover tubes (for the turbo) and caused an engine fire when the flex line burned through!

It has taken 2 years and 2 new airworthiness checks to get to the point that I was able to safely make a first flight. During those two years, I did get a lot of high speed taxiing done (10 times above 50-60 mph) and aborted 2 attempted takeoffs. 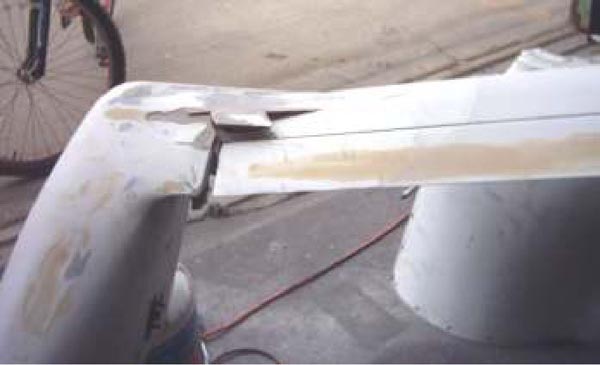 To repair the canard, I followed the manual and cut off the broken part, replace the foam necessary, sanded back the remaining glass to provide the 1 inch per layer overlap, and re-glassed.

For the tail cone, I put in four layers of uni glass both inside and outside for strength. I also replaced the tail spring with one from Aviation Products along with one of their tail wheels. (I would NOT recommend their tail spring to anyone else.)

After my 3 blade prop was broken, I bought a 54X54 wood prop. The resulting static RPM was too low, so I sent it back to be cut down to a 54X49. Without another static runup, I made the ridiculous assumption that it would work. I went out to fly, HA! The plane slowly accelerated, so I aborted and went back for another static runup. It only reached 2650 RPM with 3000 expected. I went back to the drawing board. I bought new blades from Warp Drive which gave me 3050 rpm static with the blades now adjusted to 54X52.5. That wood prop must have been way off.

Some additional changes I have made include installing winglets on the wing, putting in the intermediate rudder control system (part of the "Jim/Bob 6 pack") and replacing a malfunctioning left brake system, including running a new hydraulic line down the elevator slot. I also installed a Dragonfly style full length rudder.

The plane is now truly an "Ugly Duckling" with cuts and patches everywhere. But, it does fly well. The acceleration was unbelievable and I was off the ground before I was able to look at the speed. I will not be final painting it until I have made additional changes. I plan to build a new canard using box and skin technique to allow easier maintenance of electrical and hydraulic lines, plus dual controls. I expect that I will also be changing the landing gear installation to improve access. I hope the changes will meet the 51% rule and allow me to get the repairman's certificate for this airplane.

I think there is a lot to be learned from Larry's experiences. Good luck Larry and be careful out there!

You can order a printed copy of Q-talk #118 by using the Q-talk Back Issue Order Page.