My brother, Rick, and I have been building light aircraft since 1983. We began with a Teenie Two and a Pterodactyl ultralight. As time went by and the aircraft became more complex, we found we needed a small, lightweight battery that could power the instruments as well as an electric starter. We began to search for the right one. Wet cell motorcycle batteries would work but they could leak and they were heavier than we wanted.

In 1998,1 became involved in the high-tech battery business, not because of my skills as an electrical guy but on the aircraft application side. I designed the tiny D-cell, mag light flashlight sized "Start Stick". This gadget uses lead-acid technology in a different way. It can provide a surge current large enough and long enough for starting anything from Cessna 150s to P-51 Mustangs, Corsairs, RENO racers and the B-17. It could also work with a few small turbines such as those found in King Airs. 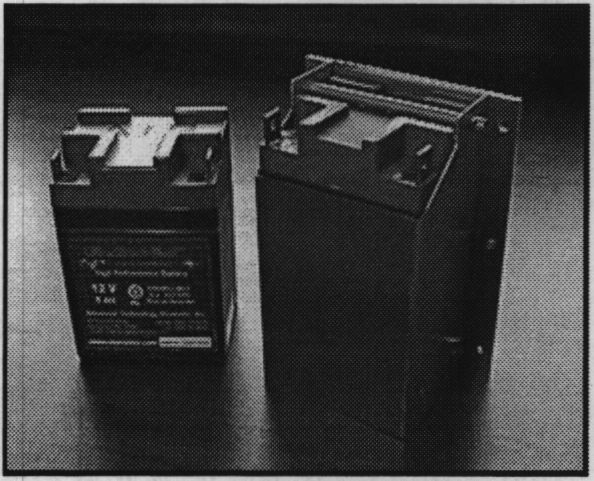 My job brought me back to the need for a small battery for the light aircraft market and I finally developed a solution, the Redd Hedd. The Redd Hedd is a small, 4 pound battery. It has a custom molded top with recesses for tie downs or clamps. The battery is rated with 5 amp hours. Although ROT AX and some other engine manufacturers suggest a higher amp hour battery, this one has worked fine for the last 1000 plus delivered units.

The Redd Hedd has a fusible link inside to prevent fire and dangerous over-charging. Once the link has been broken the battery is useless and not repairable. Shorting the battery out to check for remaining "juice" will kill it. We have done fairly extensive testing of batteries and we have found the cells used to build the Redd Hedd are significantly more powerful than cells similar in size and rating.

The average life span of these batteries is about two years. Some have lasted much longer with light loads and frequent recharging. Redd Hedds have been used as back up batteries in Lancair 4P's, aerobatic aircraft, powered parachutes, ultralights and light planes.

The company also sells a UB-13, 13 amp hour battery that will start most anything out there in the light aircraft world. Bruce Bohannon uses one of these to power the big Lycoming engine in his EXXON Tiger aircraft. Bruce will need to replace the battery at the end of a summer of air shows and record runs, but that is the trade off for lightweight and high surge current. 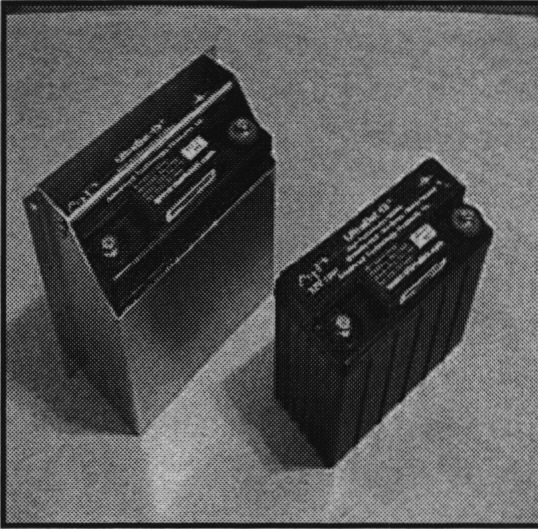 To provide some basic information on R/G technology, I have included text from the AeroConnection web site.

A chemical reaction takes place when a battery is delivering current. The sulfuric acid in the electrolyte breaks up into hydrogen ions (H2) carrying a positive charge, and sulfate ions (S04) carrying a negative charge. An ion is an atom or molecule, which is either positively or negatively charged. A positively charged ion has a deficiency of electrons, and a negatively charged ion has an excess of electrons. The S04 ions combine with the lead in the plates and forms lead sulfate (PbS04). At the same time, they give up their negative charge, thus creating an excess of electrons on the negative plate.

When the plates are connected together with an external conductor, the electrons from the negative plate flow to the positive plate. This process will continue until both plates are converted to lead sulfate and no further chemical action is possible. The battery is discharged.

During the charging process, current is passed through the storage battery in the reverse direction. A direct current supply is applied to the battery with the positive pole connected to the positive plate and the negative pole connected to the negative plate. If the electromotive force (emf) of the source is greater than the emf of the battery, this causes the current to flow in the reverse direction.

In valve-regulated (sealed) Recombinant Gas (RG) batteries, oxygen combines chemically with the lead at the negative electrode in the presence of H2S04 to form lead sulfate and water. This oxygen recombination suppresses the generation of hydrogen at the negative electrode. Overall, there is no water loss during charging. A very small quantity of water may be lost as a result of self-discharge reactions, however, such loss is so small that no provisions are needed for water replenishment. The battery cells have a pressure relief safety valve that may vent if the battery is overcharged.

(Ed Note: I want to thank Dave for sharing his knowledge and experience with the RG batteries that he manufactures. You can find these batteries in Aircraft Spruce under Dave's company name, ATP.)