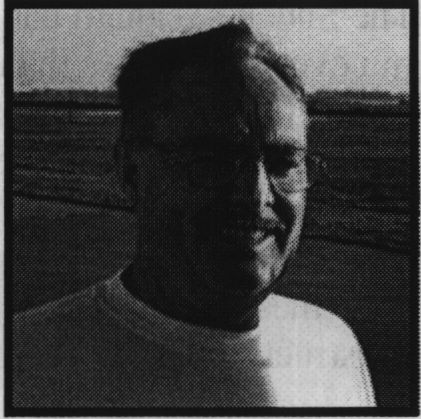 Jerry displayed a keen interest in aviation and building airplanes while growing up in Oneida. South Dakota. His teachers were so impressed with his model work that they displayed several of liis stick and paper airplanes at school. Jerry was born on a farm and though his family moved into town when he was six years old. he continued to help his uncle run the family farm until he was about 15 years old. Out of high school. Jerry became an auto mechanic. He has worked for the same Ford garage for the last thirty-four years with the exception of four years while living in Texas.

In the mid '70's, Jerry joined the Civil Air Patrol (CAP) and soon took advantage of their instructor pilot program. Low rates. $15 / hr for a Mooney. really attracted him to the opportunity. He earned his private ticket in three months and four days! Jerry flew for the CAP for ten years and attained the rank of Captain. He flew as a mission pilot and was also responsible for flying the commander to various functions in the area.

Jerry left the CAP when he and his partner, Jim Fletcher, decided to build an airplane together. Jerry describes his partner as a genius. Jerry admits that they were drawn to the Q2 design because of the "Lies they told to sell the plane, like 170 mph with a VW engine or die plane would out-fly a Mooney at 8.000 ft.!" In 1982, they found a Q project that had been started but was very rough. They were going to have to redo almost everything. Jim became the "Glass" man and Jerry focused on the mechanical work. Unfortunately, Jim soon developed health problems . He was required to take medications that would prevent him from ever piloting a plane. He also had to go on disability from his job. This did not slow him dowa though. Everyday Jim would travel to Jerry's over-sized, two car heated garage and work on the plane while Jerry was at the car dealership. After Jerry returned home, they worked together until close to 11 o'clock at night. After four years of effort, the plane was ready for the airport. Jerry spent over five hours taxi testing the plane at all speeds in preparation to fly. One nasty spring day, with a crosswind and spitting mist. Jerry was doing some high-speed taxi tests, up to 70 mph, when he wondered at what speed the plane would take off. He tentatively pulled back on the stick and quickly realized he was flying! While he was strapped in and ready for flight, he really wanted his partner. Jim. to be there for the initial flight. It was too late for that now. He climbed to pattern altitude and made a circuit around the patch. On final he did not like what he saw so he went around the patch one more time. This time he performed what he described as "the best landing I've ever made, even in all the mist and crosswind." Jerry took Jim for several rides in their plane before he passed away. Needless to say, the pretty yellow Q2 is a tribute to a special friendship.

Jerry transported his plane to Texas when he and his wife, Madonna, moved there. When they moved back to South Dakota, he had to leave the Q2 in Texas for about seven or eight months. He devised a plan to fly commercially on fourth of July weekend to Texas, do an annual inspection on the Q and then fly it back to South Dakota. After some work, the plane was ready for the flight, except for one problem. The engine would not start! He tried everything and finally enlisted the help of an A&P at the local FBO. This gentleman was pretty rough in his attempts to help. He removed the plugs and in the process, stripped the threads to the point that they had to be HeliCoiled. Then the man got the great idea to hook a 28-volt battery charging system to the starter. The propeller revolved so fast that Jem thought he could fly home like that! Jerry was concerned that the starter would bum out going that fast. After many frustrating minutes, the engine fired but it ran really rough. He taxied around the grounds and slowly the engine smoothed out until he felt he could head for home. He had to make a short eight-mile hop to a near-by airport to get fuel. Just as he touched down, the bottom dropped out of the sky and it began to rain really hard. He had to wait on the ground for quite some time for it to clear before he could make his way north. After takeoff, he soon found that he was on the edge of a storm front that was forcing the plane to go up! He was ascending at a thousand feet per minute even though he was try ing to descend. It took total concentration to keep the plane in an upright position during this hair-raising ordeal. Mother nature finally dropped him off at 4.000 feet. He triangulated his position and flew to Fort Worth to spend the night.

The next day Flight Serv ice said going north was blocked but he might have a chance if he flew to the east. He was forced to land at Texarkana and wait. He tried to reach another airport but had to return because of the weather and the fact that he could see mountaintops above the clouds. After his patience was pushed to the limits, Flight Service finally said it was safe to fly north again. It was only about six o'clock in Uie evening but it was getting dark. While passing over a small airport, he made a mental note of its position. All of a sudden, Jerry lost his Loran signal and it was beginning to rain. He flew to the newly spotted airport and landed. Once on the ground, it was raining so hard that he had visions of spending the night in the plane. A man in a pickup truck soon pulled beside him and directed him to a place where he could park the Q2 under a wing of a Hercules that was being restored. He gave Jem a ride to a hotel and then picked him up the next morning. Finally the weather was clear enough to fly back to Sioux Falls. South Dakota. He was sure relieved to see familiar territory again and to arrive at his home airport. Can you imagine that this all took place during one long weekend ?

You can order a printed copy of Q-talk #97 by using the Q-talk Back Issue Order Page.