The statements have been made many times in this publication (by other members and that fellow named ED who keep interjecting his opinions) that a builder is going to have a devil of a time finishing his project if he: 1) builds alone and 2) doesn't like the building process. I write this in an effort to dispel both myths.

My love of aviation started before I was knee high to a gnat (3rd Grade) when the lad behind me brought in FLYING FORTRESS by Edward Jablonski and photos his dad had taken from his tail gunners position in 1944. I was hooked on the B-17 (I still am...just waiting for the kit) and aviation. A determined effort in high school to gain admission to the Air Force Academy was cut short when the Air Force wasn't keen on an allergy I had. Fortunately, it didn't bother them enough that they would not let me enlist -- I just could not be an officer by any means, so after high school I enlisted and did a tour in the Air Force as a member of the ground crew on a general's VC-118 in Colorado Springs. After which I did a long hitch with the Ohio Air National Guard crewing F-100's and C-130's. 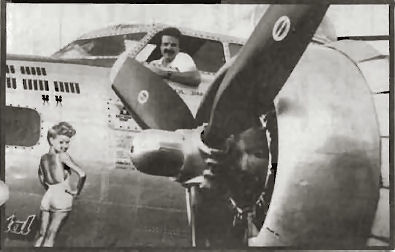 1981 - Thumbing through FLYING MAGAZINE and there is a four page color spread on this unique, fiberglass, homebuilt plane that seemed to answer all the reservations I had about getting my pilot's license. Do your own maintenance, trailerable, high fuel efficiency...not to mention being sexy..yeah, a head-turner...and affordable! I began flying lessons immediately and started gathering information on this dream-come-true flying machine. I contacted a couple of fellows named Herd and Masal to assure me that a few things I had uncovered in my research were untrue, ground handling problems, non-existent or intermittent builder support and so on. The answer though was not the glitz I had hoped for. Undaunted and sure all would work out, I ordered and received in reasonable time Q-2 Kit #2855, Kit 1A.

Ordering in stages has turned out to be a blessing though there were those who said that was not the way to get the thing finished. However $$$ dictated my reasoning, because of that reasoning, I have not been stuck with a Revmaster when I wanted an 0-200, a GU canard when I wanted an LS, able to buy Tri-Q conversion without being stuck with Q-2 parts I didn't need and so on. The only stumbling block is that QAC went under before I had my last kit with such unimportant things as engine mounts, exhaust systems and control linkages. Enter Custom Composite Components and other QBA members --- I ended up lacking for nothing.

Construction has been an experience I would rather be able to do without. One side of me wishes I had the money to hire this thing done. But a little voice inside says; "so how proud are you going to be at Oshkosh with a plane someone else built?" So I put up with exasperating things such as building something according to the plans and six months later while working on something else it hits me that there is a better way to do the previous item. Yup -- tear it out and redo it. It's not a matter of not doing it right the first time, just the adding of a personal touch.

I did opt for the Tri-Q, to some; doing that drops one from the rank of "pilot" to "airplane driver". However, I am the lad who types and keeps up the Q-2/Q-200 Flying Roster. After three pages of typing "broke", "destroyed", "fatal" and so on, I swallowed my pride, gave up on some of the "sexy" appearance and became an airplane driver. I do have tail-dragger time from an aerobatics course I took. However, feeling these handling problems are a combination of lack of tail-dragger time AND building tolerances that have yet to be correctly defined, I'll play it safe.

Thank God for QUICKTALK! Because I am 70 miles from the nearest project, it really is the fuel to keep this project going. It's amazing how the fire to build subsides slowly over a two-month period and is rekindled by this small, insignificant looking bundle of papers with photos and stories of other builders. My occupation requires that I make occasional trips to Oklahoma for schooling. I use this time to see and even fly in projects in that part of the country. In 1988 I was able to visit with Bob Malechek and Rusty Cowles in Denton, Texas. These two pristine examples of Q-Crafts lit a huge bonfire by showing how these kits can meet and surpass the finished appearance of any factory aircraft -- and perform better than most. I thank Bob for allowing me a ride during which I was most fortunate to have my video equipment. I'm getting to the age (a whopping 34) where the memory fades faster than it used to. Popping the tape in the VCR and watching about 15 minutes does well to get me out from in front of the TV and into the garage where I belong.

Problems with the project? Naturally! Buying "rebuilt" engines that were anything but rebuilt...and ended up costing twice as much. Completing items in wrong order, either by the plans fault or mine (i.e. don't cut out the canopy area on the fuselage until AFTER the shells are permanently joined). Straying from the plans and building a sparless canard, doing a load test and not being completely satisfied with the results to the point of considering a ballistic recovery system! However, the layup design (Marc Waddelow's) is flying on other Q's so maybe it's just the cautious coward inside me that sits in my garage, stares at my craft and finds it hard to believe that I'm one day going to put my butt in this bucket of 3/8" foam with wings and go tooling along at a hoped for 180 mph! (Anyone else ever have these same thoughts?) As for the thoughts that keep me going...the dream of taking a three-day weekend and visiting friends I have made in this fine organization in places like Denton, Cleveland, Batavia, Stillwater, Tulsa, Springfield and Dallas.

So you see, ED, I'm here to tell you that I will finish this project, I don't like building... I do build alone... but it's the dreams of what comes after the drudgery that inspires me to go on. Would I do it again?! HAVEN'T YOU BEEN READING? I WAS SUCKERED IN BY FALSE ADVERTISING! THIS THING HAS COST THREE TIMES MORE THAN IT WAS SUPPOSED TO! GLUE ON MY SHOES! CLUTTERED GARAGE FOR YEARS!!!....By the way, the Lancair plans I just purchased are remarkably clear and concise and I hear their builder support is great!... 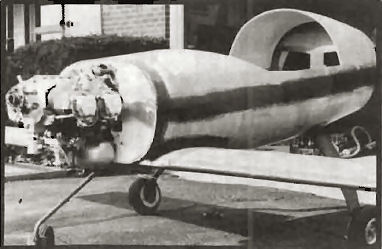 You can order a PDF or printed copy of Q-talk #18 by using the Q-talk Back Issue Order Page.